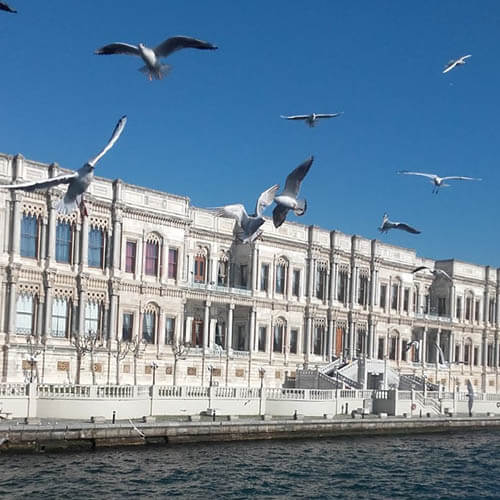 It is dawn . The flight is beginning its descent and an enchanting city of the Arabian Nights lay beneath a starry sky , the earth and the sky outbidding each other.

Before the magic leaves me, I must write, or my wings might vanish in the mist or burn into ashes grey and powdery. What makes me borrow fairy tale words? Today I knocked at the dark door of the Museum of Innocence in Istanbul, Turkey, travelling   thousands of miles, following a wisp of a dream, then through the winding, climbing, dropping streets to Beygolu.

I carried the novel, The Museum of Innocence by Orhan Pamuk,  which records Kemal’s and Fusun’s story with me when I flew to Istanbul. Kemal the rich, upper-class Turk and Fusun, his poor relative with her fierce pride and great love.

The story cannot be read fully if one does not visit the Museum of Innocence. The trust, that there will be lovers who believe, who are willing to wait life-times, who do not go beyond their Parish boundaries, yet love limitless beyond horizons, is what Kemal  had, perhaps, when he built his Museum of love.

The museum abounds in objects Fusun held or touched or related to, that Kemal took away and kept with him to make a Museum of Memories. Kemal’s Museum is filled with a hoard of memories of his beloved city and his beloved person. A mixed history of sorts of the years in which he loved and lived, his senses keen and truly alive.

From Taksim square  down  Cihangir street it turned a different world. The steep drop of paths to a quaint world. Like Karim on that rainy evening visiting Fusun after a year of her disappearance, I was looking at a different plane of existence-sublimely beautiful, but deprived. Like certain love.

To die and love eternal seems so Time defying. I walked through those desolate streets crowded with ramshackle establishments, displaying a kind of cheer that Kemal and Aunt Nisbet, Fusun’s mother and Kemal’s great ally, held all those eight years, when Kemal visited  Fusun’s home , fully aware that she belonged to another, yet keeping love alive.

The cobbled old world paths as in Scheherazade’s stories seemed endless – but I was inspired. Kemal in relating his story of love records the troubled history of Turkey from 1975-89.

I saw Kemal, just as I left a crowd of people to enter Beygolu, on his crutches just recovered, melancholic, lost coming towards me, just as I was about to greet him, he turned into an ordinary Turkish man who had merely broken his leg.

As I climbed down, on either side of the paths, some too narrow and out of someone’s imagination, some recently broadened, there were antique shops, holding out a desperate but charming hope, coffee shops where men and women sat in animated conversation, patisseries with mouthwatering Baklavas, an odd mechanic’s godown , a written sign on a small mosque saying  Muhjiddin Molla Fenari Kamii, painted a pleasant blue.

The light was falling, as I looked up, over a drying creeper in a brightly lit room a tailor sat sewing. As adventurers do not dwell too much on dangers ahead, I pressed forward asking the leisurely Turks, coffee drinking or smoking, for directions. Women, well groomed, stylish and long legged, and exquisitely made up went past me, so confident and sure on their toes: Feline grace.

Cats big and small, grey, golden, black , snow white on the streets, in every shop, a resident feline.

An old lady was feeding them. A small cardboard box of a home was made for them outside her small apartment whose door opened onto the streets. The Turkish love for cats is so endearing to observe. Kemal’s mother in a desperate bid to justify his break up from the socially- mobile Paris educated Sybil ,had said, ‘A girl who does not like cats will not make a good wife”